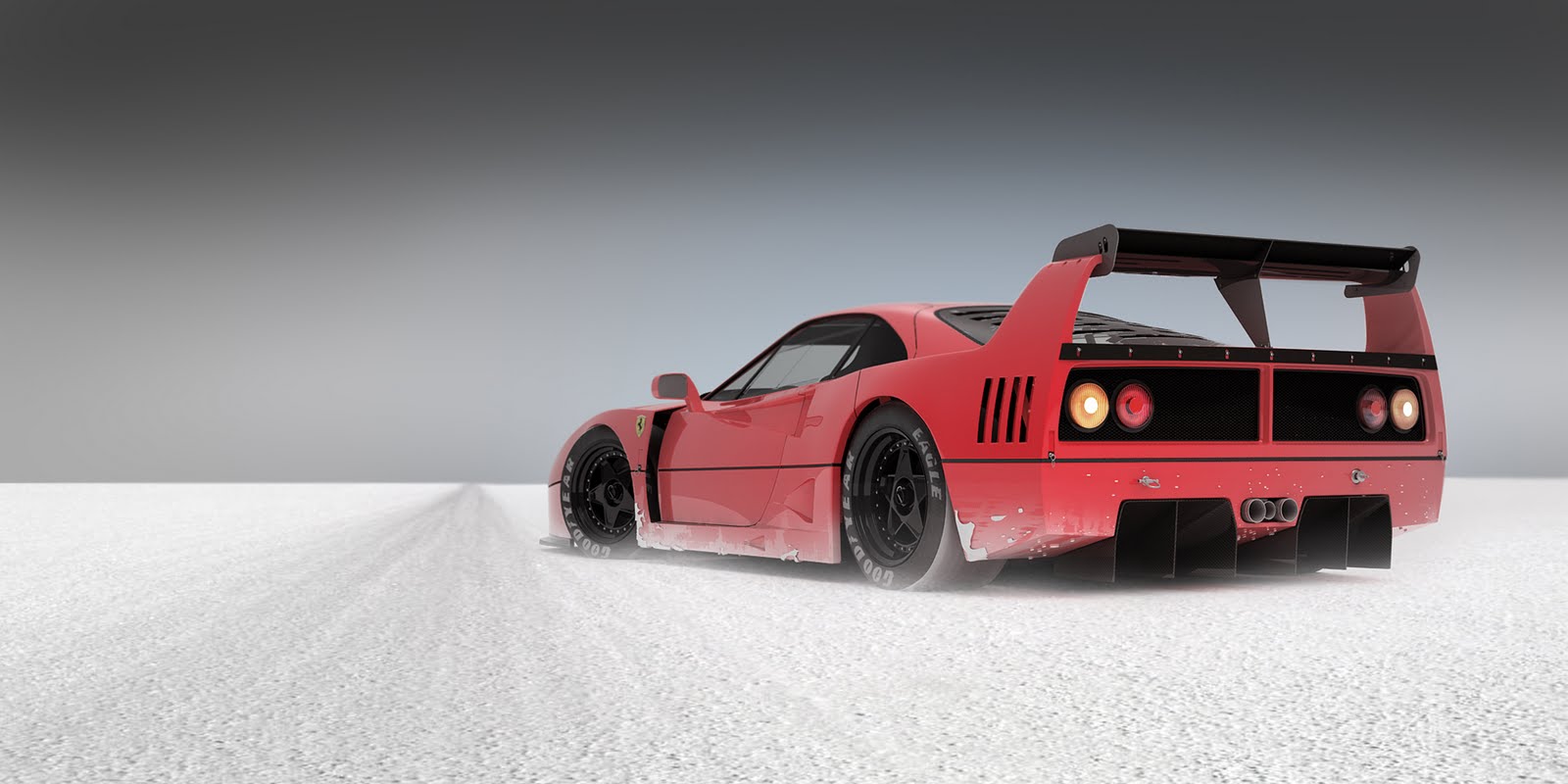 The 1980s are often referred to as the dark ages for many car manufacturers. Rising oil prices, a Cold War, and questionable taste in music paved the way for anemic, oddly-shaped utilitarian cars, known more for their shortcomings than for their performance.

But we must not forget that the 1980s also produced, as a result of Group B racing regulations, some of the most amazing supercars ever created. Group B called for few restrictions on technology and design, allowing manufacturers to focus on building high-tech, lightweight, turbocharged race cars capable of producing earth-shaking power. Sadly, the ridiculousness of having car manufacturers spend unlimited amounts of money to build obnoxiously powerful land rockets came to an end after a series of fatal crashes led to the abolishment of Group B regulations in 1986.

Luckily for us, much of the technology that went into building cars for Group B ended up in the cars we drive or wish we drove today. Read on for more about the top turbo cars of the 80s.

From the marque that defined legendary, here is a legend among legends: the Ferrari F40. Considered by many to be one of the greatest Ferrari cars of all time, the F40 is nothing short of spectacular. A commemoration to Ferrari’s 40th year, and Enzo’s final work—the car was proof to the world that Ferrari’s engineering prowess was unsurpassed. Boasting a 2.9-liter, IHI-twin-turbo V8 engine under 16 psi of boost, the car produced a staggering 478-hp, which when combined with its lightweight, aerodynamic body made the car not just brutally fast, but the world’s first road legal production car to break the 200 mph barrier with a proven top speed of 202 mph. In 2006, Amir Rosenbaum of Spectre Performance was able to take his F40 with small boost and air intake modifications to 226 mph during Bonneville Speed Week.

Few cars carry a reputation as wicked as the Ruf CTR “Yellowbird”, and even fewer live up to it. But the CTR is one of the few that might actually surpass its reputation in terms of performance. The CTR started life as a Porsche 911, but quickly became something much more dangerous. Ruf dropped in an enlarged version of Porsche’s 3.2 litre flat-six engine, fitted with a DME fuel-injection system that had been developed for Porsche’s 962 racecars, along with a pair of turbochargers and twin intercoolers. This combined with lightened body panels, and integrated roll cage, uprated suspension and braking systems, a five-speed Ruf-designed gearbox, polyurethane bumpers and a fender-mounted oil filler to make room for the intercooler on that side, made the car obnoxiously potent.

Much attention was paid to the aerodynamics of the car, including a seam-welded body, filler panels for the door pillars and 935-style mirrors—resulting in an incredibly high top speed. In fact, within weeks of Ferrari’s F40 taking the top speed record, the Ruf CTR stole the show by posting a 211mph top-speed at the America’s Road & Track magazine’s little get-together at Volkswagen’s Ehra-Lessien test track in Germany. The CTR also got it’s nickname “Yellowbird” at the event, as photographers noted how the car’s bright paintwork stood out against the dull weather conditions.

This car may very well define Group B. With more than 500hp on tap and a quattro permanent four-wheel drive layout, the car was an unstoppable force in rally racing. The car was powered by a 2,110 cc 5-cylinder engine paired with a turbocharger that featured a recirculating air system, allowing the car to maintain boost levels during cornering or while shifting. The car also featured a “power-shift gearbox” which is considered to be the forerunner of today’s Direct-Shift Gearbox (DSG) technology. The result: the most powerful rally car ever fielded in international competition. In 1985, the car won the Pikes Peak International Hill Climb with Michele Mouton at the wheel, setting a world record in the process. The car’s legacy was further cemented when the victory was repeated in 1987 with Walter Rohrl behind the driver’ seat.

Produced from 1986 to 1989, the Porsche 959 was considered the most technologically advanced road-worthy sports car ever built. Featuring all-wheel drive, a 6-speed transmission and a turbocharged flat-6 engine, the car’s only real street-legal competition laid with the Ferrari F40. Much of what was learned from creating the 959, specifically in relation to engine management, aerodynamics and suspension tuning, is what has allowed the production life of the 911, which at one point was thought to be nearing obsolescence because of the extreme rear-engine placement, to continue on to present day. One of the most famous Porsche 959s is the Gates 959. The car was imported by Bill Gates to the US in 1987, but was stored for 13 years by the US Customs at the Port of Seattle, until regulations were changed to allow “Autos of Interest” to be imported.

One of the less well known sports cars of the 1980s, the Ford RS200 was produced from 1984 through 1986. The Group B Rally car version of the car featured all-wheel drive, a Bosch Motronic engine management system, fuel injection and a Garrett T3 turbocharged straight-4 engine boasting a mind-blowing 23 psi of boost. The result was acceleration so staggering that the “Evolution” variant of the RS200 was said to be able to reach 60 mph in 2.1 seconds, while the standard version clocked in at 2.8 seconds—numbers that would embarrass even today’s best accelerating cars.

The 288 GTO Evoluzione, designed by Pininfarina, is often considered the visual link between the 288 GTO and the F40. Of the five cars that were built, only three still exist today. The car produced approximately 650hp thanks in part to twin IHI turbochargers and 2 Behr intercoolers and weighed in at a mere 2,072 lbs making it both more powerful and lighter than the legendary F40. Not surprisingly the five-speed car also featured a higher top-end with a claimed top speed of 225 mph.

Though the Lotus Esprit Essex Turbo is far from being the most powerful car on this list, it is one of the most iconic turbo cars of the 1980s with it’s unmistakable wedge shape and James Bond beginnings. The car became the first factory turbocharged Esprit in 1980 and featured a turbocharged dry-sump type 910 engine producing 210 hp and 200 lb ft of torque. The Essex cars came fitted with a Giugiaro-designed aerodynamic kit complete with rear lip spoiler, louvered rear hatch, bumpers, deeper front airdam and air ducts in the sills just ahead of the rear wheels. Only 45 of the Essex cars were built, and a copper-colored Esprit was featured in the James Bond movie For Your Eyes Only.

Type to search or hit ESC to close
See all results